Making a difference in our communities.

Transcript
In a world crowded with financial institutions, Exchange Bank stands alone. The unique ownership structure is one shaped by our founders’ history of community action and support. “The ownership structure that we have at the Exchange Bank is very unique in America. 50.3% of the bank is controlled by the Doyle Trust, a trust established in 1948 by Frank Doyle upon his death. He gave controlling interest of the bank to that trust and expected this bank to remain independent—and any earnings that the trust would receive would go to worthy students attending the junior college.” “You know, giving back to the community is really part of our legacy. It is our mission. That original ownership interest in the scholarships that we provide to the community really drives our employees to become involved in the community through thousands of hours of volunteer hours and commitment on the employees’ part to give back to the community in honor of that vision that Frank Doyle had. “ It is a mission embodied in the values that guide us today, tomorrow and into the future. Exchange Bank's rich history starts with Mr. Manville “Matt” Doyle. Known as a man far above average in both energy and enterprise, Matt Doyle accumulated large holdings of real estate, substantial wealth and social standing, enabling him to co-found Exchange Bank with his son Frank P. Doyle with most of the working capital themselves, giving them firm control of the bank from the moment the doors opened, May 1st, 1890. Frank Doyle remained with the bank his entire career and created a remarkable legacy for Exchange Bank that still thrives today. When Manville Doyle died in 1916, Frank Doyle assumed the presidency of Exchange Bank and continued to work tirelessly for the community. “Back in the early 1900s, with all the commerce that was occurring in the San Francisco Bay Area, our co-founder Frank Doyle saw the vision of somehow connecting the North Bay's commerce with the San Francisco Bay Area, and so he was instrumental in getting that bridge not only built, but also funded.” Once completed, his importance to the project was recognized. Not only did he cut the ceremonial chain, opening the span to automobile traffic, but he also drove the first private vehicle across the Golden Gate Bridge. He was named the “Father of the Golden Gate” and is forever memorialized by Doyle Drive in San Francisco. In a career marked by impressive accomplishments, none is more remarkable than Frank Doyle's last will and testament. Determined to keep Exchange Bank a locally-owned and managed community institution, he directed his controlling interest of stock be placed in a perpetual trust. The dividends are specified for the distribution to the Frank P. Doyle and Polly O'Meara Doyle Scholarship Fund to assist worthy men and women attending Santa Rosa Junior College. The Doyle trust has remained one of the most remarkable planned gifts in the history of American community college education, benefitting more than 120,000 Santa Rosa Junior College students with over 82 million dollars in scholarships. To this day, Exchange Bank continues to operate as one of the most compassionate, community-centric banks in Sonoma County. By doing business with Exchange Bank, customers directly benefit the community in which we all live and work. “What is really special about the support that is provided, is that it's what we call in our world "unrestricted." Rather than sort of a quid pro quo where they say ‘We'll give you this money if you do X,” instead, Exchange Bank says ‘We're going to give you this financial support, do what you think is best.’ And that type of trust and flexibility allows the Food Bank to adjust over time to the various needs and apply that generosity and those resources where it best meets the people we’re helping. Exchange Bank makes hunger relief important. The fact that it places it in the center of their branches, the fact that it communicates with its depositors that this is an issue in which we all need to be focused, it really makes them more than a philanthropist, it makes them a leader.” “The vision that Frank had looked at this community as a mosaic. A mosaic of four key parts: business, family, community and charitable and civic organizations. And that to be successful in one needed to see the other three successful. You believe that we're all in it together and that we all have to work to be successful with each other.” “Our corporate giving really covers a broad spectrum within Sonoma County. We give to the hungry, we give to the homeless, we give to the arts, we give to education, and to children and it really covers all areas. It comes from our heart. Giving comes from the heart. And we believe that what we do improves the lives of the people that live in Sonoma County and we want to make this a better place to live and work for everyone.” Each year, Exchange Bank gives time, talent and treasure. Hundreds of hours and hundreds of thousands of dollars are invested back into our community for a myriad of causes continuing the tradition of community involvement the Doyle family began. “So that legacy of giving was really created by our co-founders, Matt and Frank Doyle. They really created the vision of giving back to the community, making this a better place to live. And we've not only done it for the last 125 years, we're gonna do it for the next 125 years and well beyond that. It is our mission— it's our corporate legacy here at Exchange Bank.” Exchange Bank. Invested in you

Stability, longevity, and service since 1890.
Our History

Serving the local community through charitable giving, year after year.
Our People

Voted by employees as one of the best places to work in Sonoma county.
Join Our Team 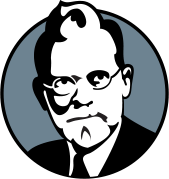